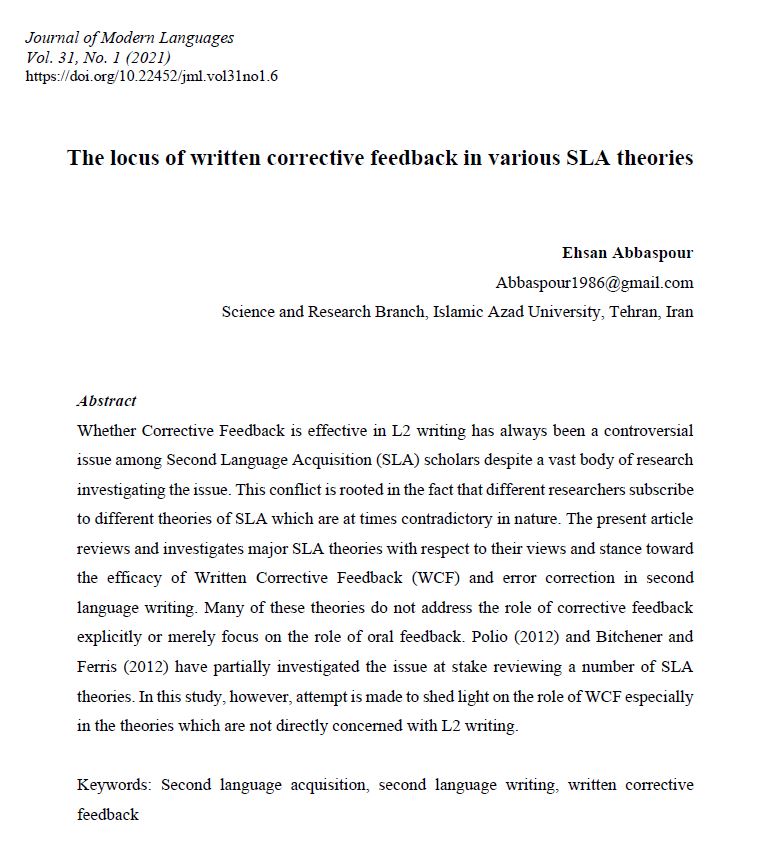 Whether corrective feedback is effective in L2 writing has always been a controversial issue among Second Language Acquisition (SLA) scholars despite a vast body of research investigating the issue. This conflict is rooted in the fact that different researchers subscribe to different theories of SLA which are at times contradictory in nature. The present article reviews and investigates major SLA theories with respect to their views and stance toward the efficacy of Written Corrective Feedback (WCF) and error correction in second language writing. Many of these theories do not address the role of corrective feedback explicitly or merely focus on the role of oral feedback. Polio (2012) and Bitchener and Ferris (2012) have partially investigated the issue at stake reviewing a number of SLA theories. In this study, however, attempt is made to shed light on the role of WCF especially in the theories which are not directly concerned with L2 writing.