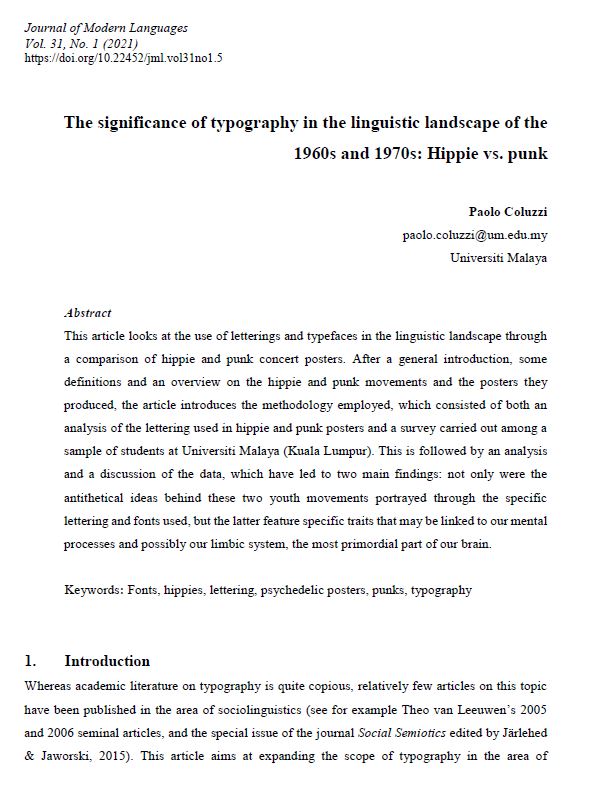 This article looks at the use of letterings and typefaces in the linguistic landscape through a comparison of hippie and punk concert posters. After a general introduction, some definitions and an overview on the hippie and punk movements and the posters they produced, the article introduces the methodology employed, which consisted of both an analysis of the lettering used in hippie and punk posters and a survey carried out among a sample of students at Universiti Malaya (Kuala Lumpur). This is followed by an analysis and a discussion of the data, which have led to two main findings: not only were the antithetical ideas behind these two youth movements portrayed through the specific lettering and fonts used, but the latter feature specific traits that may be linked to our mental processes and possibly our limbic system, the most primordial part of our brain.