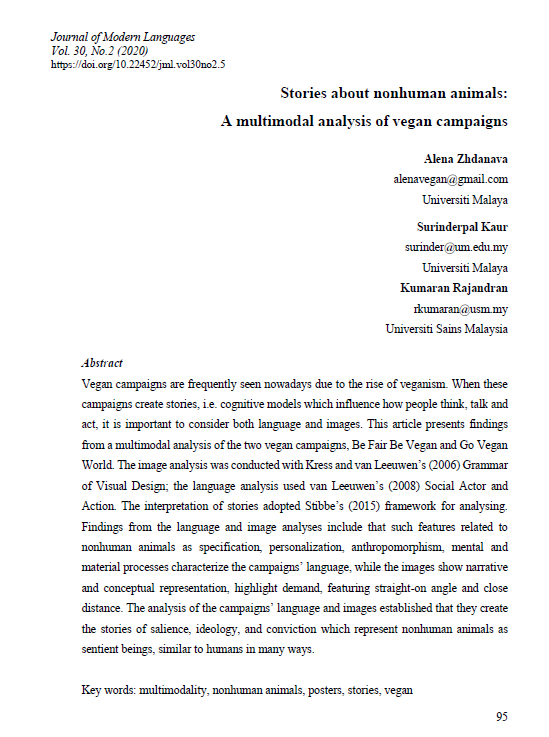 Vegan campaigns are frequently seen nowadays due to the rise of veganism. When these campaigns create stories, i.e. cognitive models which influence how people think, talk and act, it is important to consider both language and images. This article presents findings from a multimodal analysis of the two vegan campaigns, Be Fair Be Vegan and Go Vegan World. The image analysis was conducted with Kress and van Leeuwen’s (2006) Grammar of Visual Design; the language analysis used van Leeuwen’s (2008) Social Actor and Action. The interpretation of stories adopted Stibbe’s (2015) framework for analysing. Findings from the language and image analyses include that such features related to nonhuman animals as specification, personalization, anthropomorphism, mental and material processes characterize the campaigns’ language, while the images show narrative and conceptual representation, highlight demand, featuring straight-on angle and close distance. The analysis of the campaigns’ language and images established that they create the stories of salience, ideology, and conviction which represent nonhuman animals as sentient beings, similar to humans in many ways.