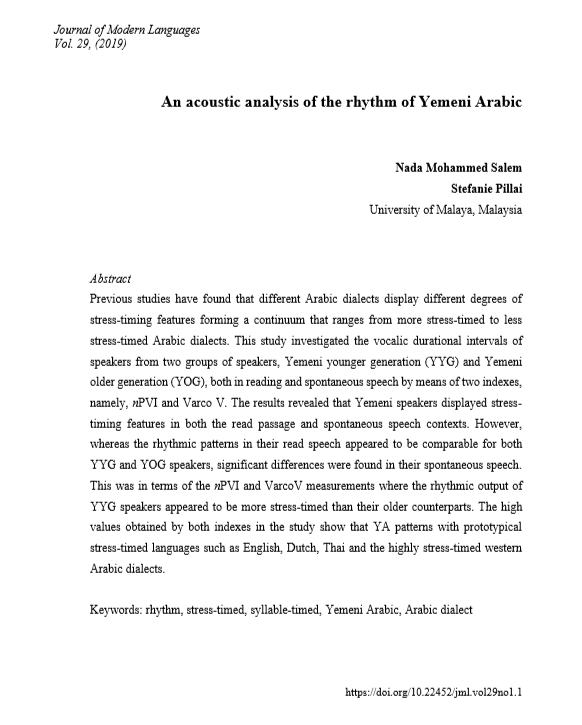 Previous studies have found that different Arabic dialects display different degrees of stress-timing features forming a continuum that ranges from more stress-timed to less stress-timed Arabic dialects. This study investigated the vocalic durational intervals of speakers from two groups of speakers, Yemeni younger generation (YYG) and Yemeni older generation (YOG), both in reading and spontaneous speech by means of two indexes, namely, nPVI and Varco V. The results revealed that Yemeni speakers displayed stress-timing features in both the read passage and spontaneous speech. However, whereas the rhythmic patterns in read speech appeared to be comparable for both YYG and YOG speakers, significant differences were found in spontaneous speech, in terms of the nPVI and VarcoV measurements, where the rhythmic output of YYG speakers appeared to be more stress-timed than their older counterparts. The high values obtained by both indexes in the study show that YA patterns with prototypical stress-timed languages such as English, Dutch, Thai and the highly stress-timed western Arabic dialects.