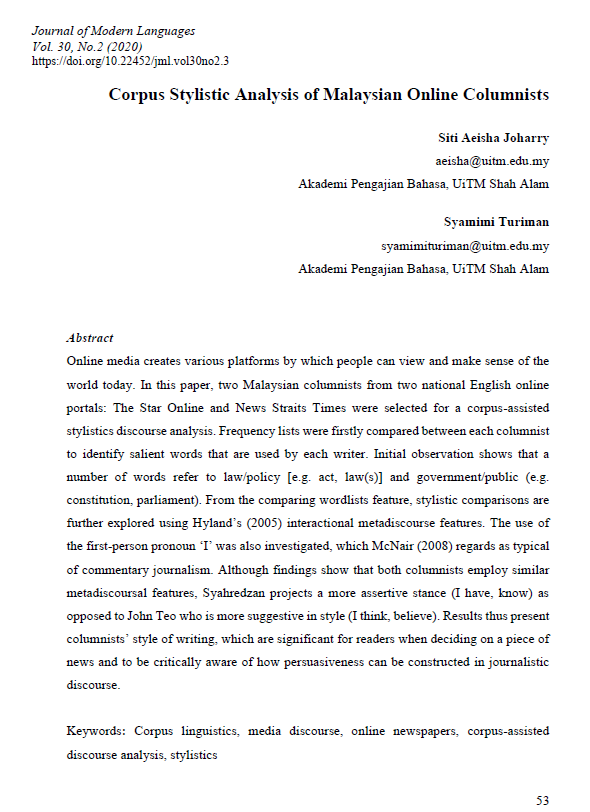 Online media creates various platforms by which people can view and make sense of the world today. In this paper, two Malaysian columnists from two national English online portals: The Star Online and News Straits Times were selected for a corpus-assisted stylistics discourse analysis. Frequency lists were firstly compared between each columnist to identify salient words that are used by each writer. Initial observation shows that a number of words refer to law/policy [e.g. act, law(s)] and government/public (e.g. constitution, parliament). From the comparing wordlists feature, stylistic comparisons are further explored using Hyland’s (2005) interactional metadiscourse features. The use of the first-person pronoun ‘I’ was also investigated, which McNair (2008) regards as typical of commentary journalism. Although findings show that both columnists employ similar metadiscoursal features, Syahredzan projects a more assertive stance (I have, know) as opposed to John Teo who is more suggestive in style (I think, believe). Results thus present columnists’ style of writing, which are significant for readers when deciding on a piece of news and to be critically aware of how persuasiveness can be constructed in journalistic discourse.