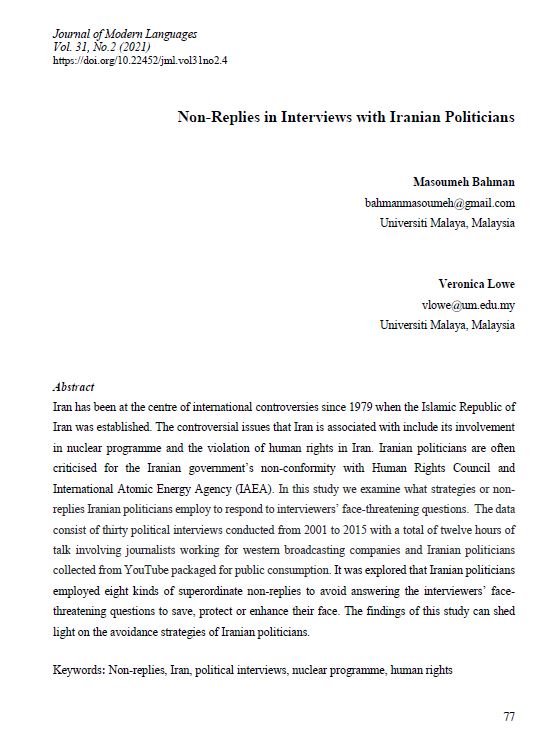 Iran has been at the centre of international controversies since 1979 when the Islamic Republic of Iran was established. The controversial issues that Iran is associated with include its involvement in nuclear programme and the violation of human rights in Iran. Iranian politicians are often criticised for the Iranian government’s non-conformity with Human Rights Council and International Atomic Energy Agency (IAEA). In this study we examine what strategies or non-replies Iranian politicians employ to respond to interviewers’ face-threatening questions.  The data consist of thirty political interviews conducted from 2001 to 2015 with a total of twelve hours of talk involving journalists working for western broadcasting companies and Iranian politicians collected from YouTube packaged for public consumption. It was explored that Iranian politicians employed eight kinds of superordinate non-replies to avoid answering the interviewers’ face-threatening questions to save, protect or enhance their face. The findings of this study can shed light on the avoidance strategies of Iranian politicians.