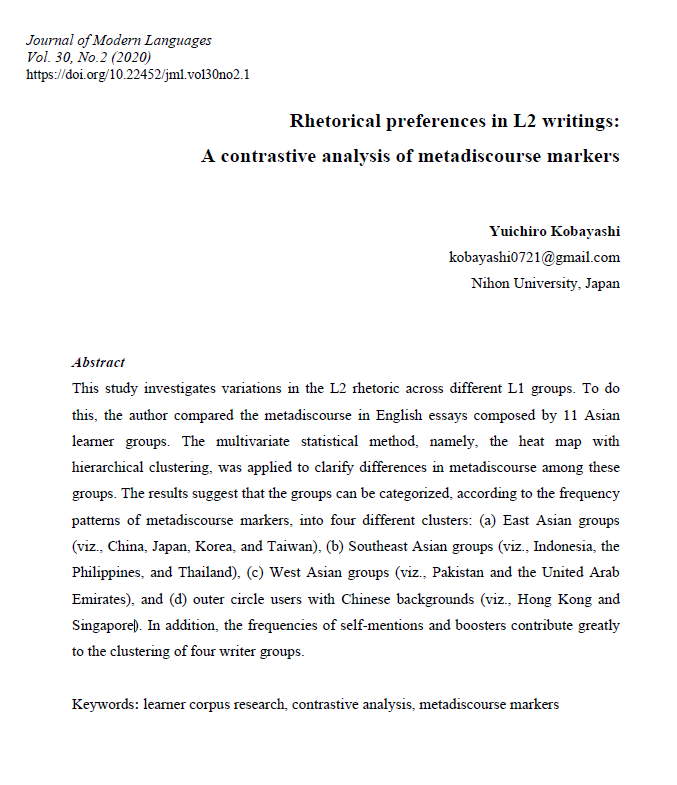 This study investigates variations in the L2 rhetoric across different L1 groups. To do this, the author compared the metadiscourse in English essays composed by 11 Asian learner groups. The multivariate statistical method, namely, the heat map with hierarchical clustering, was applied to clarify differences in metadiscourse among these groups. The results suggest that the groups can be categorized, according to the frequency patterns of metadiscourse markers, into four different clusters: (a) East Asian groups (viz., China, Japan, Korea, and Taiwan), (b) Southeast Asian groups (viz., Indonesia, the Philippines, and Thailand), (c) West Asian groups (viz., Pakistan and the United Arab Emirates), and (d) outer circle users with Chinese backgrounds (viz., Hong Kong and Singapore). In addition, the frequencies of self-mentions and boosters contribute greatly to the clustering of four writer groups.