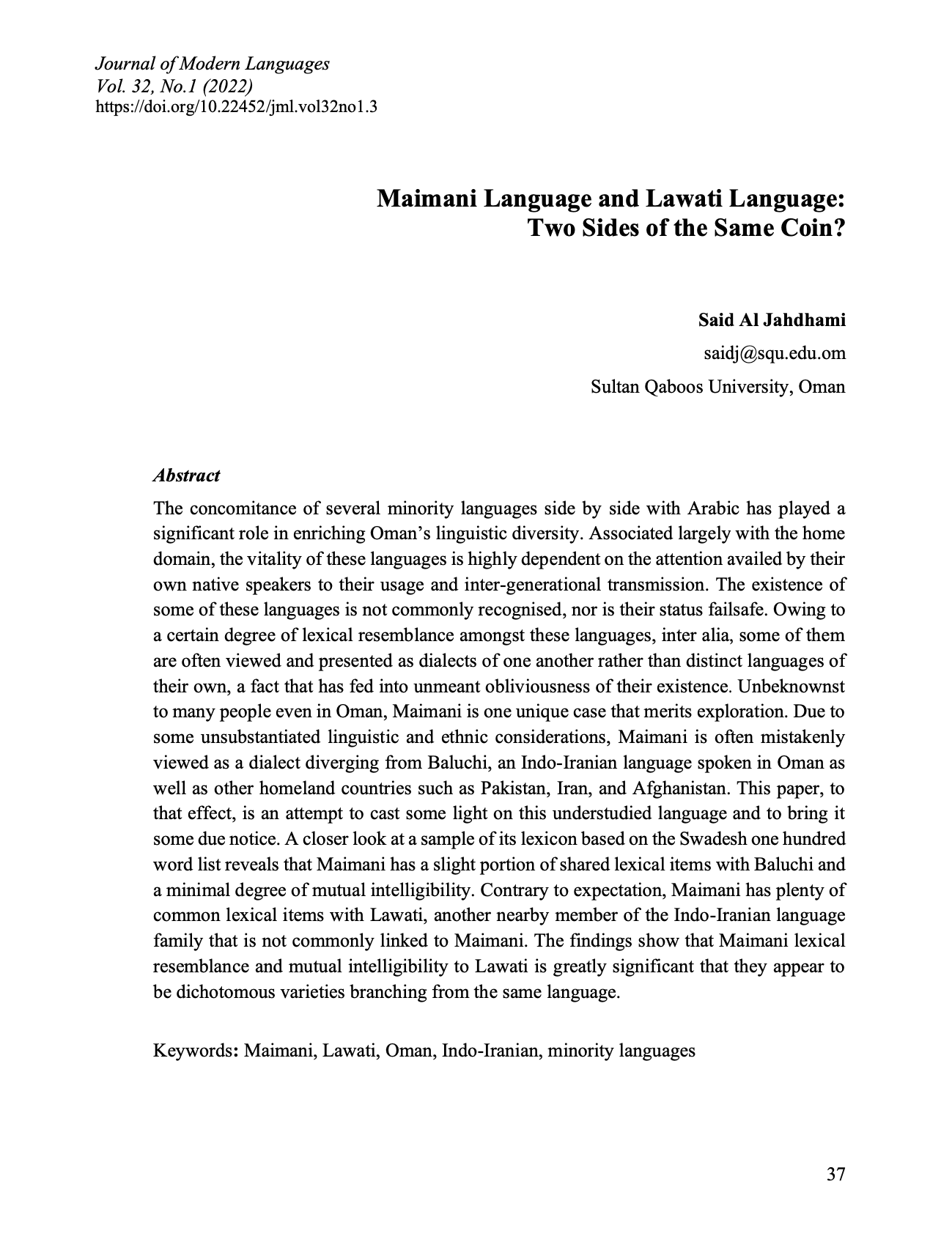 The concomitance of several minority languages side by side with Arabic has played a significant role in enriching Oman’s linguistic diversity. Associated largely with the home domain, the vitality of these languages is highly dependent on the attention availed by their own native speakers to their usage and inter-generational transmission. The existence of some of these languages is not commonly recognised, nor is their status failsafe. Owing to a certain degree of lexical resemblance amongst these languages, inter alia, some of them are often viewed and presented as dialects of one another rather than distinct languages of their own, a fact that has fed into unmeant obliviousness of their existence. Unbeknownst to many people even in Oman, Maimani is one unique case that merits exploration. Due to some unsubstantiated linguistic and ethnic considerations, Maimani is often mistakenly viewed as a dialect diverging from Baluchi, an Indo-Iranian language spoken in Oman as well as other homeland countries such as Pakistan, Iran, and Afghanistan. This paper, to that effect, is an attempt to cast some light on this understudied language and to bring it some due notice. A closer look at a sample of its lexicon based on the Swadesh one hundred word list reveals that Maimani has a slight portion of shared lexical items with Baluchi and a minimal degree of mutual intelligibility. Contrary to expectation, Maimani has plenty of common lexical items with Lawati, another nearby member of the Indo-Iranian language family that is not commonly linked to Maimani. The findings show that Maimani lexical resemblance and mutual intelligibility to Lawati is greatly significant that they appear to be dichotomous varieties branching from the same language.