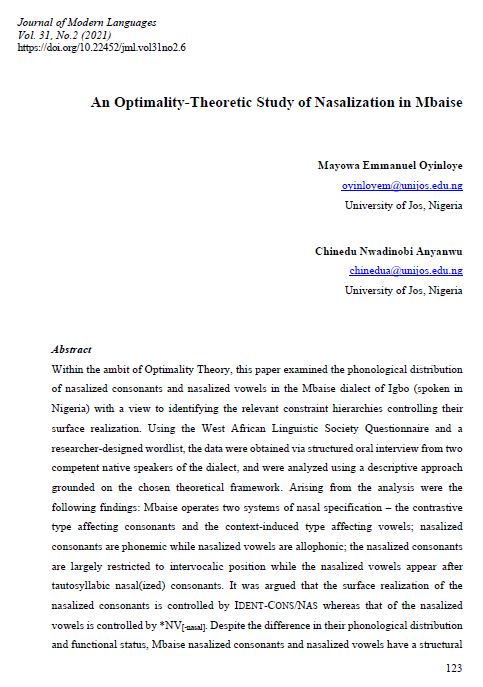 Mr Chinedu Nwadinobi Anyanwu is an Assistant Lecturer in the Department of Linguistics and Nigerian Languages, Faculty of Arts, University of Jos, Plateau State, Nigeria. He is currently running his PhD programme in Linguistics in the same institution. His area of specialization is syntax, but with interest in sociolinguistics, as well as Igbo and Kuce linguistics.