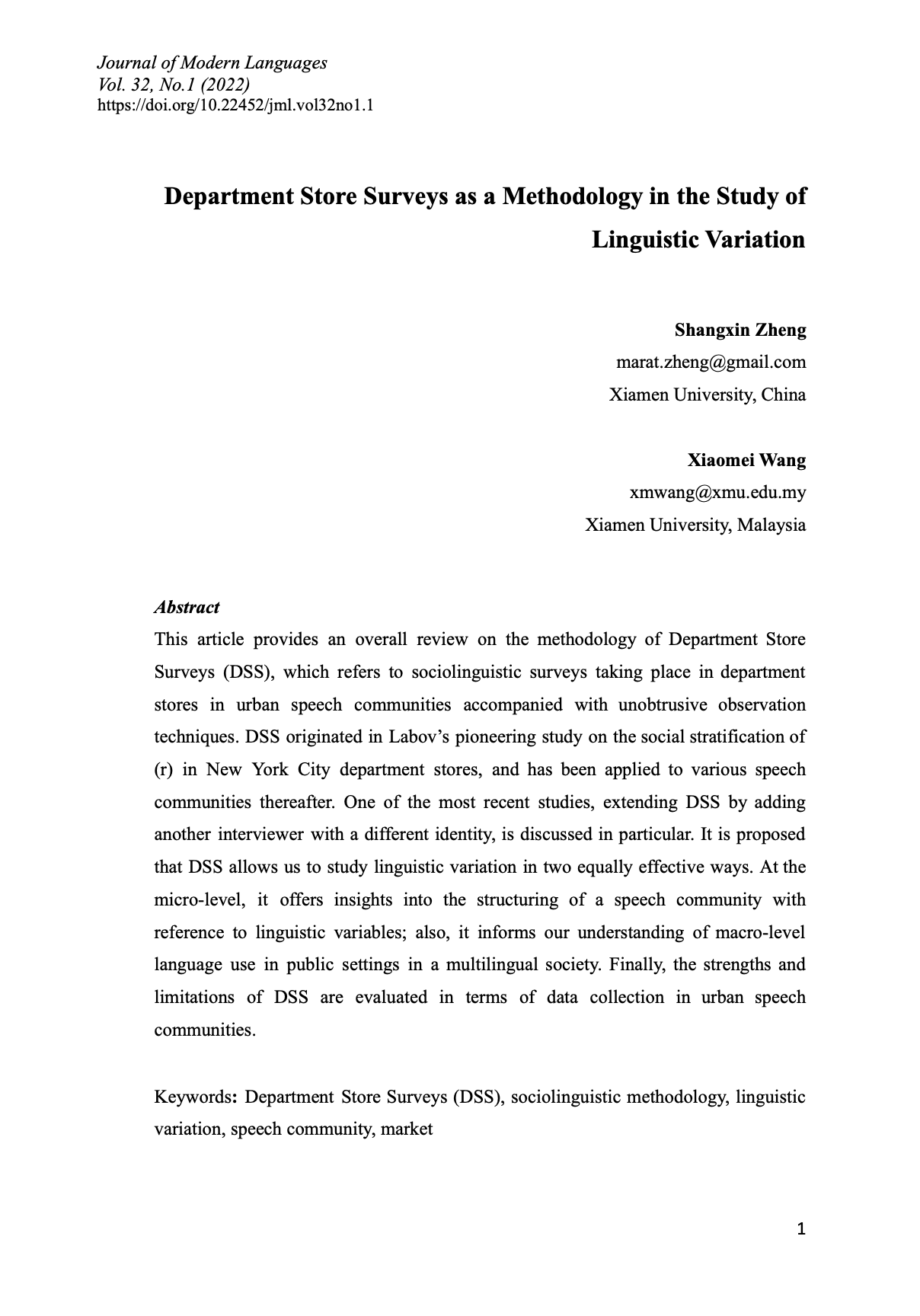 This article provides an overall review on the methodology of Department Store Surveys (DSS), which refers to sociolinguistic surveys taking place in department stores in urban speech communities accompanied with unobtrusive observation techniques. DSS originated in Labov’s pioneering study on the social stratification of (r) in New York City department stores, and has been applied to various speech communities thereafter. One of the most recent studies, extending DSS by adding another interviewer with a different identity, is discussed in particular. It is proposed that DSS allows us to study linguistic variation in two equally effective ways. At the micro-level, it offers insights into the structuring of a speech community with reference to linguistic variables; also, it informs our understanding of macro-level language use in public settings in a multilingual society. Finally, the strengths and limitations of DSS are evaluated in terms of data collection in urban speech communities.