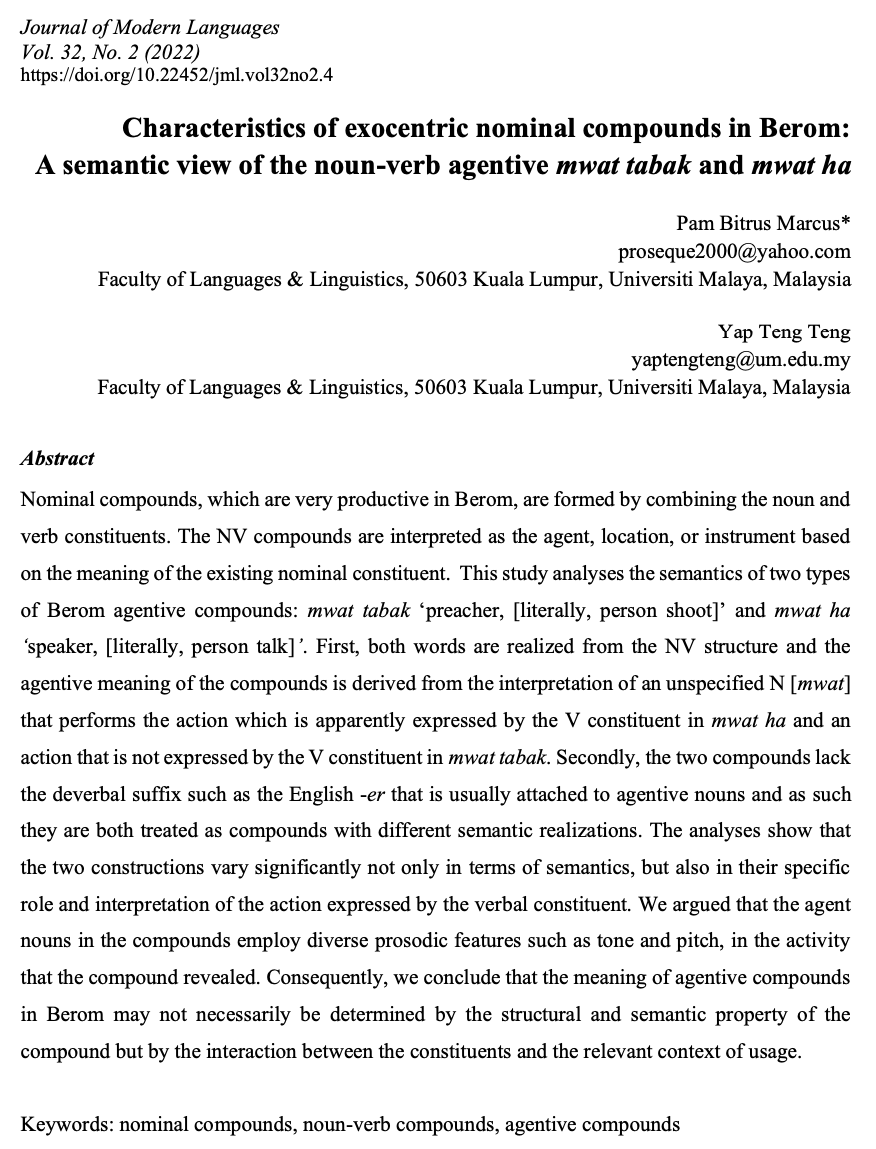 Nominal compounds, which are very productive in Berom, are formed by combining the noun and verb constituents. The NV compounds are interpreted as the agent, location, or instrument based on the meaning of the existing nominal constituent.  This study analyses the semantics of two types of Berom agentive compounds: mwat tabak ‘preacher, [literally, person shoot]’ and mwat ha ‘speaker, [literally, person talk]’. First, both words are realized from the NV structure and the agentive meaning of the compounds is derived from the interpretation of an unspecified N [mwat] that performs the action which is apparently expressed by the V constituent in mwat ha and an action that is not expressed by the V constituent in mwat tabak. Secondly, the two compounds lack the deverbal suffix such as the English -er that is usually attached to agentive nouns and as such they are both treated as compounds with different semantic realizations. The analyses show that the two constructions vary significantly not only in terms of semantics, but also in their specific role and interpretation of the action expressed by the verbal constituent. We argued that the agent nouns in the compounds employ diverse prosodic features such as tone and pitch, in the activity that the compound revealed. Consequently, we conclude that the meaning of agentive compounds in Berom may not necessarily be determined by the structural and semantic property of the compound but by the interaction between the constituents and the relevant context of usage.